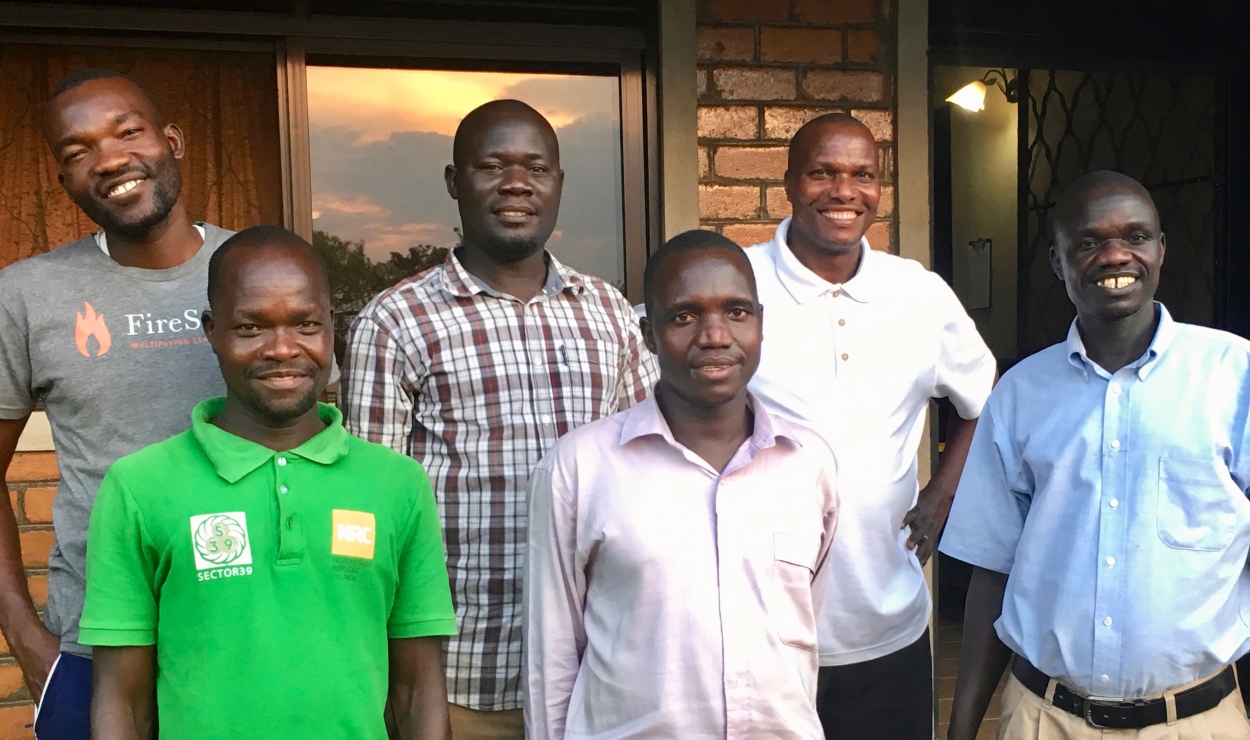 Romans 12:4-6. For as in one body we have many members, and the members do not all have the same function, 5 so we, though many, are one body in Christ, and individually members one of another. 6 Having gifts that differ according to the grace given to us, let us use them…

Over the past few months I’ve been on plenty of airline flights. Delays aren’t unusual. One of the very best reasons, one I don’t complain about, are delays for mechanical checks or repairs. If the preparation is done well the flight usually ends well. I don’t want a crew to cut pre-flight preparation short.

But, it’s not enough to have a crew check out a plane, each one needs to know what they’re doing. A great pilot is probably not a great mechanic and likely, neither of them will check in passengers with efficiency. Every “team” needs a variety of skilled teammates. In the body of Jesus there is another amazing factor, the gifting of the Spirit. Skills are blended with the work and calling of the Spirit of God to build the kingdom of Jesus. Every follower of Jesus (yes, you) has been given spiritual gifts for the building up of the church. (One of several reasons a faithful Christian can not be a free agent.)

I’ve seen, and been part of many beautiful displays of Spirit preparation. One of the realities is that God is sometimes not measuring “success” by the same measure we are. So, there are plenty of surprises. But I am still amazed when I see God deploy gifted servants to prepare for kingdom advance. I witnessed that beauty in Gulu last month.

Ever since we concluded the three-year course of training for cohort one in January of 2018 we’ve been asking the Lord for direction on a second round of training. There were several key elements that we believed needed to be in place before we could wisely move forward with a cohort two. We needed to make sure the right people were in the room for the training. Tutapona served as a great national partner for cohort one, but a wisely sharpened focus for Tutapona meant God would need to identify a new partner for the next cohort. We also believed we needed to take clear steps toward training Ugandan leaders to do the training.

The cost of an effort like this is significant, for those who go to train, but even more for the servants here who travel for the training, leave their families, put their other work on hold. It’s a big deal. Then, there are the logistical pieces that need to be in place; location, food, housing, administrative tracking to name a few. God would need to bring those things together, then raise up those gifted in giving to make it all happen.

All that to say, I have a great deal of confidence that we are prepared for “take off” for a new round of training in Northern Uganda in May 2019, and I thank God for faithful, gifted people He has deployed.

For those who may not know the Gulu training takes place through a union of the St Croix Valley LEAD Team (SCVLT), a network of Converge Great Lakes Churches in Western Wisconsin, Four Corners Ministry located just outside Gulu, Uganda, and Training Leaders International (TLI) based in Minneapolis, MN. The training is done by one staff member of TLI and two leaders from SCVLT. The logistics are arranged by Four Corners Ministry and take place on their campus of Abanna’s Hope.

We learned a lot through the experience with the first cohort. We had roughly 40 in that training. Along with the regular TLI curriculum which is aimed specifically at equipping teachers of the Word to handle the Word of God faithfully, we added some vision and training for church planting. By the time we finished the training in January 2018 leaders in that group had started 23 new worshipping communities.

In preparation for cohort 2 the SCVLT set out a plan to determine if God was moving toward a cohort 2. This is when specific gifting became more clear.

John Blum, recently retired from 3M agreed to guide the team through a process of due diligence to determine how we might most effectively achieve the aims we believe God had given us. John’s effectiveness in leading the team through the process was motivating to all of us! Kris Mobbs, leader of the Four Corners team provided vision and guidance to key leaders on the ground. Larry Szyman from Faith Community Church Hudson played a key role in vision casting, planning, and communication.

Focus was set on men who would likely be pastors, either currently or in the near future. Leaders from SCVLT and Four Corners set out on a process of identifying and interviewing potential participants. Through the interview process six key Ugandan leaders were selected to serve as Lead Trainers. They will be key in a successful outcome for this round of training, The vision and intention is that these leaders will be equipped to replace those traveling from the U.S. in future training. I was so encouraged by the heart, and gifting God has poured into these men. They will be overseeing the progress of each student in this cohort and after observing the training of sessions one, and two, will begin sharing the in-class training responsibilities alongside those we send throughout the rest of the training,

In order to gain clarity for what could lie ahead plans were put in place for a “taster event” which took place January 20-24. I was privileged to share in that event.

Initially John Blum, Larry Szyman, Kris Mobbs, and I met with the six Lead Trainers to ask God for clarity on a vision for this training and the future. We looked into the Word and prayed together as a vision began to emerge. We were able to gain enough clarity to put together a draft of a vision statement which we then laid before the entire group of men who were interested in being part of the next cohort. As we all interacted around the statement we were able to come together. The vision statement sets the course for what we are preparing them for: An abiding network of Gospel-centered, Bible-saturated, African-led churches.

In addition to the TLI curriculum the Four Corners team will be leading in an additional 2-3 days of training through 9 Marks material in regard to wider pastoral responsibilities. I couldn’t have been more encouraged by what God did in preparation for this next season of training which, Lord willing, will begin May 2019 and conclude January 2022.

So, I ask you to join in prayer for what God intends to do in Northern Uganda and South Sudan through these faithful leaders. If you are a part of one of the SCVLT churches I encourage you to pray and give faithfully to the mission work of your church. If you are a supporter of Four Corners Ministry, please give faithfully and pray with focus for that gifted team. And, if you are a supporter and prayer partner of mine and of TLI, thank you. Thank you. I am humbled and honored to get to share in this.

I want to close with a word of encouragement. Pursue how to use the gifting God has invested in YOU! Speak with faithful Christ-followers around you honestly and deeply, pray for clarity and vision, speak with church leaders about how you might serve to strengthen the church. You will grow in beautiful, challenging, eternity-shaping ways, as will others. Most importantly God will be honored as His Church increasingly takes on the likeness of Jesus Christ. May He be honored with our every breath.

One thought on “Ready for Take-Off”